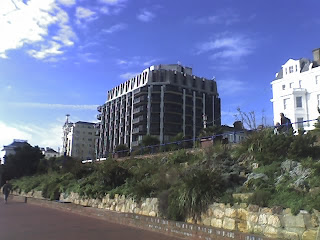 It was during the 1980s and the 90s that the bus industry was subject to takeovers and amalgamations. It was the intention of the Thatcher Government to split up the National Bus Company into many small operating groups in the belief that competition between bus companies would lead to a more efficient transport system. In fact what it led to was chaos for the public and a worsening of working conditions for bus crews. Yet it is strange that it was the capitalist philosophy of the market finding its own level that finally rebuilt the bus industry with all the small fragmented companies being brought out by four major players, Stagecoach, National Express, First Bus and our own company Arriva.
During this time of upheaval I saw my part as a TGWU representative to help smooth the transition from London Country to Luton & District to British Bus and finally to Arriva. One problem was one of Union politics. Hemel Hempstead garage came under TGWU region 1 whereas some other garages within the group came under TGWU region 5 and some mighty rows took place during this time within the union. At one point one of our national officers accused the Amersham representative and myself of trying to form a break away group. We believed we were doing the best for our membership and that the national officer had his own agenda. In the end after lots of inter regional meetings it was decided that pay negotiations would be settled jointly between region 1 and 5 and that region 1 would control all other aspects within its area and likewise with region 5.
At one point I remember my boss Neil Instrall asking myself and our branch Chairman, Bob Cawdren to attend a meeting with the new management of Luton & District. Peter Harvey, the new MD, had come from Midland Fox whose area was covered by Region 5 of the TGWU and Peter was use to dealing with Region 5 officers and he wanted the garages in Region 1 that is the old London Country garages to come under Region 5. We in Region 1 were having non of that. We knew for a start that Region 1 had a better education system for its members and we were prepared to boycott any meetings with the new management. Neil Instrall my garage manager said he’d been told that if the union reps from Region 1 attended a meeting between the management and the work force chances were we would receive some new vehicles. We did attend and Hemel did get some new vehicles. In fact I got on quite well with our new MD Peter Harvey and the move to the new premises went quite smoothly, and Hemel Hempstead was still part
of Region 1.
As a young driver with London Transport I use to attend union meetings at Uxbridge garage, well not in the garage but over the road at the 'Whip and Collar' pub. Being quite a shy young person I actually took no part in the proceedings but was an observer of union procedure.
Having been involved in the closure of Tring garage in 1977 I now really appreciated the hard work the trade unions put in on behalf of their members and once back at Hemel in 1979 I became more involved in union affairs. I gained confidence in speaking in public, something a lot of people find hard to do. Hemel Hempstead garage had always had a reputation for militancy which served the garage well and we had maintained our differential in pay between the central buses and the country area for many years. However with the coming of the Conservative government under Margaret Thatcher our pay began to fall and our working conditions became worse. By taking away many of the legal protections the unions had, the ordinary members found it harder and harder to protect their pay and conditions. No longer servants of the public, remember our license was a Public Service Vehicle license, we became part of a profit making company and our license reflected that by becoming a PCV or Passenger Carrying Vehicle license. Part of the revenue we collected now went to share holders who of course wanted a bigger return on their investments which meant efficiency, which in turn meant goodbye to less profitable routes, unless local councils would subsidize those routes. It also meant pay cuts or pay freezes.
Posted by David at 14:49