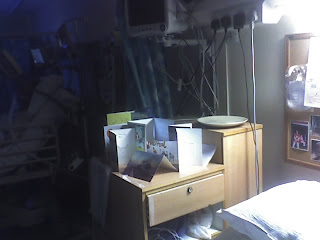 This chapter was typed on a lap top brought into the hospital by my son Mark so that I could regain movement in my right hand. I shall leave it in its original form including any spelling mistakes and omissions. It descriptive wording is brief as it took a lot of effort just to type a few lines.
The author 19th July 2007 Aylesbury